Raleigh Dance Theatre (RDT), the affiliate performance company of The Raleigh  School of Ballet (RSB), was founded in 1984 by Ann Vorus to provide performance training  for qualified area dancers. The company matured under her direction to the acclaim of  local dance critics. Milestones included the performance of Giselle with the North Carolina  Symphony in its inaugural ballet series in 1991, and acceptance as a performing member  company into the prestigious Regional Dance America/Southeast (RDA/SE) in 1993.

Mary LeGere became associate artistic director in 1992, and was named artistic director  in 1994 when Ms. Vorus resigned to concentrate on directing RSB. During the 1994-1995  season, the company’s name was changed to Carolina Ballet, and the board of directors  launched a campaign to develop a fully professional ballet company. The company continued  to grow, and elevated the quality of non-professional ballet in the area to the very highest  level, drawing critical acclaim and reaching new artistic heights with the performance of  such works as George Balanchine’s Raymonda Variations. The close of the 1996-1997 season  marked the final stage in achieving professional status with the hiring of Robert Weiss as  artistic director.

In 1997, the artistic staff and dancers who were instrumental in Carolina Ballet’s success  re-established Raleigh Dance Theatre to serve its original mission: to provide performance  training for young ballet dancers while promoting and fostering dance awareness in the  community. In 1999 RDT became an honor member company of RDA/SE.

RDT is a versatile company with the ability to perform the classics as well as  contemporary works. From 1990-2001, The Dancing Princess, created by Ann Vorus, was  a holiday tradition. In 2002, RDT created the popular series Storybook Tales. Over the  years RDT has built a repertoire of story ballets created by Ms. LeGere, Jennifer Sommers  (Associate Director 2000-2005), and Megan Marvel (Associate Director 2006-2021). In  addition, the company has worked with choreographers including Laura Dean, Leslie Jane  Pessemier, Zalman Raffael, and Tyler Walters.

RDT has collaborated with many local artists such as the North Carolina Master  Chorale and Triangle Youth Philharmonic. The late Pulitzer Prize winning composer Robert  Ward worked with RDT on three occasions to create new ballets.

RDT’s training program has proven successful for dancers working toward a career in  the field. Until 2018, when Carolina Ballet started its own school, RDT dancers were invited  to perform with Carolina Ballet’s corps de ballet in many ballets including Nutcracker,  Firebird, Cinderella, and Midsummer Night’s Dream. Many of these dancers then became  Carolina Ballet company members.  RDT Dancers have gone on to professional  careers performing with many other companies around the world, including American  Ballet Theater, Aspen Santa Fe Ballet Company, Royal Danish Ballet, Pennsylvania Ballet,  Stuttgart Ballet, Royal Ballet of Flanders, and New York City Ballet.

During Mary LeGere’s tenure as Artistic Director (1994-2021), Raleigh Dance Theatre’s  performance opportunities expanded to include more performances for each production,   annual attendance at the UNCSA Festival of NC Dance and at the RDA/SE Festival,  which RDT hosted in 2000, 2005 and 2016.

In addition, RDT expanded its outreach  programming to include:

Finally, during her tenure, Ms. LeGere and the RDT Board created three discretionary  funds to enhance its programming. The Ann Vorus Choreography Fund (2003) allows RDT to  bring in outside choreographers and expand our Emerging Choreographers program. The  Barbara and Bernard Carlin Music Fund (2016) created the opportunity to present our 2018-2019  performances as The Season of Live Music. The Mickey and Frank LeGere Costume Fund  (2015) provides new costumes each year.

Prior to the close of the 2020-2021 season, Mary LeGere announced her retirement  and the RDT board of directors approved the appointment of Megan Marvel as Artistic  Director, Hong Yang as Artistic Advisor, and Layla El-Khoury as Administrative and Artistic  Coordinator. Ms LeGere was honored with the title Artistic Director Emeritus and the RDT board created  a new Fund, The Mary LeGere Company Fund which will be used to support dancers in need and special projects.

Raleigh Dance Theatre’s mission remains unchanged since its inception. With the  support of community volunteers serving on the board of directors, dancer families who  make up the RDT Guild, contributors who continue to financially support the company,  and the dancers and staff who give their heart and souls to the artistic endeavors of the  organization, RDT looks forward to many successful years ahead. 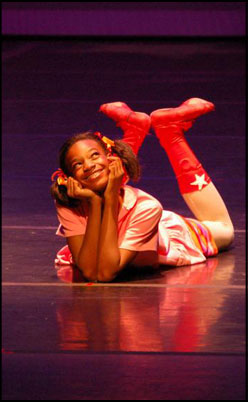